As St.Pat's day has been in my face for a week, finally something to write about.
Nearly.
You know- "look, St Patrick's Day Special..." and here, "St Paddy's Day Sale.

Yeah well, green beer is not my idea of celebrating a myth, nor is green Guinness for that matter.

And adding another "special" consumeristic day of email spams trying to get me to buy another laptop and software besides the birthday card also needed and forgotten [Sorry J'nine- Happy Birthday!] just upsets me and the bank manager. Argh, getting grumpy.

Just over twenty years ago, Tarn and I had a week to go travel the Emerald Isle, seeing places we had heard about all our lives.

My Aberdeen boss, where we were living, said "Yep. A week. No- less. Bye."

As usual, never letting a chance go by, our anniversary close or past [?] we took it and left from Glasgow Airport to Dublin, picked up a hire car and left for the north where Tarn's aunt Dot used to live, Carlingford.

Now one of the first things you notice, when you travel there as an Aussie, is how much Ireland is Like Oz, as in western Victoria anyway- GREEN soft rolling hills and vales. Cypress and pine tree lined fields, horses, sheep, cosy cottages, and all that stuff.

Lots and lots of stone walls instead of mainly the posts and rails or posts and wire usually filling the landscapes at home. On the other hand- I could see a whole lot of WORK put in too!!

Next is the people- nice and not too hard to understand- unlike the Scots- at brekky time...

And mad too- in spring, the end of the footy season, a finals game celebration [how did we not notice how hard it was to get a B&B place in Galway that night?] there were some people, standing up bare chested through their little car's sunroofs drunk and yelling and whooping... [car sunroofs in Europe.... really a selling point?]

Tarn enjoyed the trip- as unplanned and chaotic as it was- "where can we go today?" or "hell, it's getting dark, better find a place to stay!"

We spent just a few days, but did a wonderful Cook's Tour, including the west and southwest and south east coasts- like in - poked our noses out the car window and breathed the Atlantic in, or avoided dropping of the Moher Cliffs, missed the Waterford Shops getting to Dublin Airport-["dang... should have got here earlier"]. Even saw a place called Ford on the map- but could not find it, maybe they up and went to the US a while ago...[just did a quick search with google earth- lots of towns ENDING in 'ford]. Cork was a nice place to stay too- a real Georgian house.

Now the whole point of this particular little write up is that I just read about the Blarney Stone. Being a geo on travel, it was an interesting place to go. The rock looked like the rest of the remains there- I could see nothing special. And I was not going to pay someone to kiss a rock either, upside down or not!!! And there was a DROP that the helper was going to stop you from falling through. Yeaahhhh right. Nup.

But Tarn was easily persuaded, and managed to score some Cookie Jar points off me!

So if you want to know, it really aint special as a rock goes.

But if you like a little adrenaline rush, then the Blarney Stone kissing game is for you.

As of February 21, I am the director of Tony Ford Geo Con P.L. 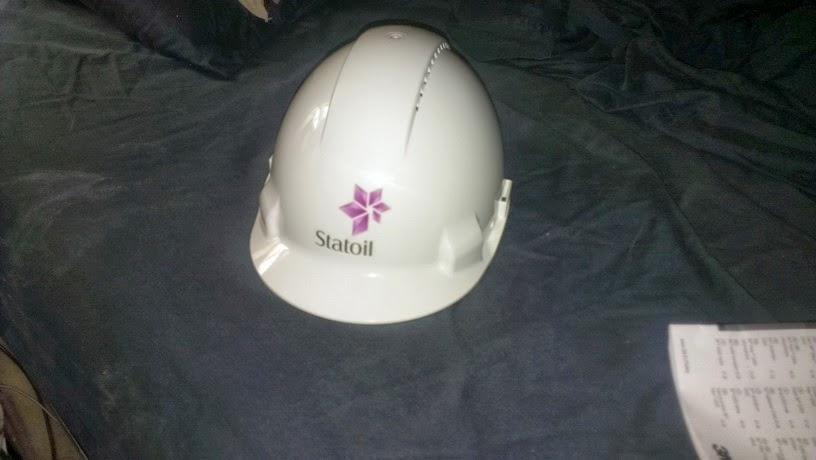 Northern Territory- here we come!
Posted by tony ford at 5:26 AM No comments:

The winemaking The vineyard
Wine making.
The Vintages

Vintage 2014
Varieties Foxy Grapes, Pinot Noir, Shiraz
PProduction
This year I was going to be a little careful. Than previous years.
Well, that did not happen, I got a new job. Or two!
During the flowering period I was up at Innamincka- or was that the Strezlecki track- no Innamincka- and the pots were left to fend for themselves as far as watering regularly was up to a helper- not! So for 6 weeks, not much water- no spraying, no food.
This year the portable vineyard  had about ten pots with about 2 buckets of fruit, from the four at the back of the house block and from about ten pots of Shiraz, and three Pinot Noir pots- wow- not much- about 5L of must and skin
Like years 2011 2012 2013 I did not spray a lot, again some shiraz clusters were long but sparse, and some were easily rotted or insect affected. Again
Shiraz Yard 2011
top of page

Foxy Garage GrapesOn 9 March 2014- brix approaching 25. These bushes of this grape variety are so productive, and somewhat sickly sweet as you walk by.
Ended up with six 9l buckets- so ended up crushing and pressing out about 17 litres of must

Currently 50 pots Shiraz, 7 pots Pinot with 2 foxey grapes vines next to the Alcoholery  may be just an ornamental as the grapes are not table or wine grapes and six plants in the ground at the rear- facing North, 4 one side and two in front of the Shed/Bungalow.

At pruning time endeavouring to propagate cuttings 3-6 pots plants per year.
The Alcoholery
Where some of the crafting of wine, beer and spirits is done, bottles and bins and tools stored.
Posted by tony ford at 5:07 AM No comments: